HOW TO WIN THE BATTLE 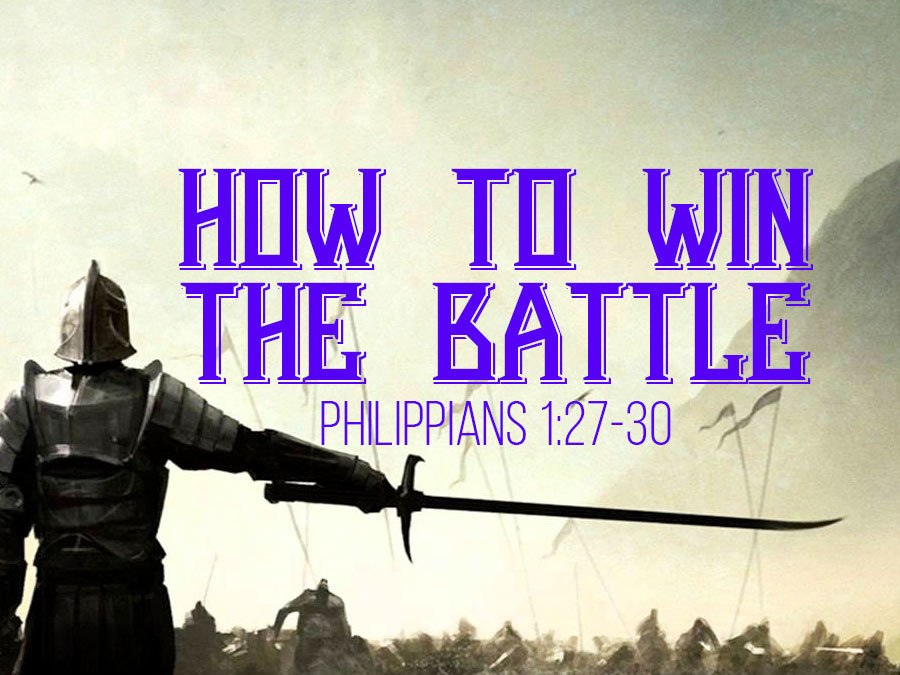 Paul knew that not only would the Philippians believers would face opposition, but the contemporary church would as well. We are in a battle—this truth has resonated in the hearts and minds of believers as it should. We are not in a battle caused by sociopolitical or geopolitical conflict. We are in a spiritual battle — not as unknowing civilians, but as Christian soldiers. Rather than striving as skilled Christians soldiers, many have sat down as passive observers.

There are several reasons why many of us are performing badly in the battle. (1) Some of us don’t even knowing that a battle is happening. The only thing worse than being in a battle is to be in a battle and not know it. Scripture tells us of the reality of spiritual warfare. Ephesians 6 tells us that our opponent is the Enemy and not flesh and blood, so we are to put on the whole armor of God. The Enemy is Satan who desires to be God, and he operates through killing, stealing, and destroying. (2) Secondly, others are doing well in the battle because they are fighting on the wrong team. If you have not trust Jesus as your savior, or you’re a slave to sin, then you are on Satan’s team. Ephesians two tells us that before we are saved, we are under the dominion of Satan. A sinner is opposing the agenda of Christ. A person living in permanent sin is under the rule of Satan, because there is freedom in Christ. (3) Thirdly, many are doing poorly in the battle because they are ill-prepared. By this I mean that they have are not dressed in armor of God, and they are using carnal weapons. Paul tells us that we can’t fight a spiritual battle with carnal weapons. We can’t rely on psychology; we must rely on the Spirit; we can rely on counseling; we must rely on Christ. We can’t rely on doctors; we must rely on The Doctor who has never lost a patient.

Sun Tzu in “The Art of War” argues that “victorious warriors win first and then go to war, while defeated warriors go toward first and then seek to win.” God has already secured victory through Christ, but we are called to participate in the battle.

Exegetical Idea: Paul urged the Philippians to be unified and courageous in the face of opposition.

Proposition: You must be unified and courageous in life’s battle.

Let’s examine the strategies for winning the battle.